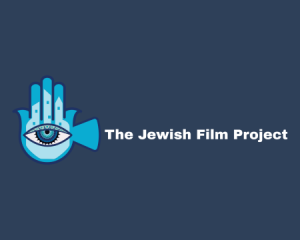 BALTIMORE, MD, USA, October 15, 2021 /EINPresswire.com/ — The Jewish Film Project will livestream “I Danced for the Angel of Death: The Dr. Edith Eva Eger Story” to the public on November 3, 2021, at 7:00 p.m. The film will be followed by a virtual conversation with Dr. Eger and Talli Dippold from the Stan Greenspon Holocaust and Social Justice Education Center.

The free livestream event is sponsored by the Jewish Film Project, the Stan Greenspon Holocaust and Social Justice Education Center, and the Holocaust Education Film Foundation in support of The Sustainable Education in Creative Storytelling Fund.

Participants are encouraged to donate to the Sustainable Education in Creative Storytelling Fund in lieu of ticket fees. Audience members will also have the opportunity to download educational resources, including a curriculum guide for grades 6-12 related to the film and Dr. Eger’s story.

Produced by the Holocaust Education Film Foundation, “I Danced for the Angel of Death: The Dr. Edith Eva Eger Story” is a one-hour autobiographical film about Holocaust survivor Edith Eva Eger. In it, Dr. Eger personally weaves viewers throughout her remarkable journey, and is joined by Alan Moskin, a 95-year-old Patton’s Army soldier who liberated Gunskirchen Lager, the camp Dr. Eger was in at the time. The film tells the story of how Dr. Eger’s bravery kept her alive through three concentration camps yet left her struggling for years with flashbacks and survivor’s guilt. Viewers will watch as Edith discovers that to heal, she needed to forgive the one person she had been unable to forgive: herself.

Viewers are urged to support The Holocaust Education Film Foundation by ordering before, during, or after the screening a copy of the DVD from Amazon.com at https://amzn.to/3eMhvBj. I Danced for the Angel of Death releases worldwide on Nov 9, 2021. Parties interested in licensing the film for exhibition by synagogues or other organizations can do so from Soundview Media Partners at https://www.soundviewmediapartners.com/i-danced-for-the-angel-of-death/.

Advance registration is required. The livestream event will occur on The Jewish Film Project’s Facebook and YouTube channels. The registration link is https://sustainable.thejewishfilmproject.org/edith-eger-full-page-4/

Born September 29, 1927, in Kosice, Slovakia, where she lived with her parents and two older sisters, Magda and Clara, Edith lived a typical Jewish life. The family eventually moved to Budapest, Hungary, where in 1944, Nazis put them on a cattle car to Auschwitz as part of the Final Solution. Clara, a violin prodigy who “didn't look Jewish,” was hidden by her music professor and continued to perform during the war.

Upon arrival at Auschwitz, Edith's parents were immediately murdered. She spent her entire incarceration with her older sister, Magda. Most chillingly, Edith had at least two interactions with “the Angel of Death,” Dr. Josef Mengele. The first was when he tore her away from her mother with the promise that “your mother is going to take a shower and you’ll see her soon.” The second was when he discovered she was a ballerina and gymnast and demanded she dance for him. Edith shared the bread she received for dancing with fellow prisoners who remembered this act of kindness, and it ultimately saved her life.

Edith was placed in full prisoner garb on top of a munitions train as a human shield to keep the British from bombing, and after a brief stint at Mauthausen, was sent on a forced death march to Gunskirchen Lager. Overall, there were 44,000 incarceration sites and ghettos, including 23 concentration camps; this film includes a living liberator who remembers every moment of his experience in that self-described "hell hole." The full breadth of this horror is described in vivid detail through the eyes of Alan Moskin, a 94-year-old Patton¹s Army soldier who liberated Gunskirchen Lager. Edith was pulled from a pile of corpses when she was liberated in1945.

After the war, Edith's nightmare did not yet end. From the Communist overthrow of Hungary to her husband's imprisonment and her smuggling him out, to their arrival penniless in the United States, Edith’s remarkable determination held fast. She refused to be a victim and never gave up. Today, at the age of 93, Edith is a published best-selling author and internationally acclaimed psychologist.

Talli Dippold is the Stan Greenspon Director of the Holocaust Education Fellowship Program and the Associate Director of the Stan Greenspon Holocaust and Social Justice Education Center at Queens University of Charlotte, NC. Previously, she was the Executive Director of the Levine-Sklut Judaic Library & Resource Center at Shalom Park. Talli received a B.S. in Hospitality Management from the University of New Hampshire and her M.S. in Genocide and Holocaust Studies from Gratz College. After many years in the hospitality industry, she decided to change her focus and pursue her lifelong passion for Judaism and Holocaust studies. Over the past decade, Talli has traveled extensively throughout Eastern Europe and participated in numerous educational opportunities, including the United States Holocaust Memorial Museum Belfer Conference, the prestigious Holocaust and Jewish Resistance Teachers Program, and the Hillel International Professionals’ Heritage Study Tour in Poland.

About the Jewish Film Project, Inc.

The Jewish Film Project’s Sustainable Education In Creative Storytelling Fund is a project under the Center For Jewish Culture (Jewish Creativity International), a nonprofit organization based in New York and Los Angeles. The Sustainable Education In Creative Storytelling Fund supports projects that teach sustainable education tools to creatives in communities in developing countries, thereby creating a safer and more just world for everyone. To learn more, please visit https://www.thejewishfilmproject.org.

About the Holocaust Education Film Foundation

Established in 2018, the Holocaust Education Film Foundation was started to build an international, interactive online community one Holocaust survivor story at a time. Through full-length documentaries, distributed globally via numerous platforms, the online site and educational programs, the 501(c)(3) foundation seeks to ensure that we never forget. Those interested can visit http://www.HolocaustEducationFilmFoundation.com to learn more.