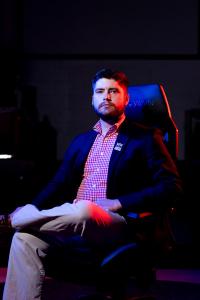 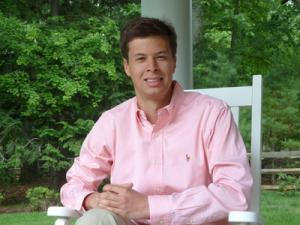 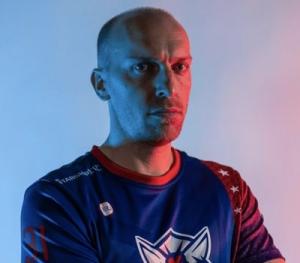 A free virtual event, CreatorSpace: ESPORTS LAB will connect kids of all ages with leading gamers experts from across the global esports industry.

SAN FRANSCISCO, CA, USA, October 15, 2021 /EINPresswire.com/ — BYJU’S FutureSchool, the leader in interactive, one-on-one online learning, has recently announced the upcoming CreatorSpace: ESPORTS LAB, the 6th free virtual event in the CreatorSpace learning series. As event host, BYJU’S FutureSchool looks to connect kids with some of the top names in the esports industry, as well as to inspire and educate young people on the exciting career opportunities within this rapidly growing field.

CreatorSpace: ESPORTS LAB will take place on Saturday, Oct. 16, 2021 starting at 10am EDT /7am PDT. The global event is available to students aged 6 to 18 and their parents.

ESPORTS LAB is the latest edition of CreatorSpace, BYJU’S FutureSchool’s flagship online learning series. Hosted once a month, CreatorSpace events cover topics with the support of some of the top names in each respective field.

Promising to be an action-packed event, ESPORTS LAB will offer students the opportunity to learn and engage with experts on important esports competitions, the evolution of esports, trending games, and industry challenges. The two-hour event will also provide young people to connect with event speakers during a live Q&A session.

"The rising popularity of esports has unlocked an opportunity to turn a child's love of gaming into a viable learning opportunity," said BYJU’S FutureSchool CEO Trupti Mukker. "The CreatorSpace: ESPORTS LAB will explore the evolution of gaming, providing a real behind-the-scenes look at what it takes to be a pro. Our mission has always been to unlock a student's love for learning, and we are thrilled to be able to inspire and educate the next generation of competitive gamers."

BYJU’S FutureSchool's ongoing partnership with CreatorSpace provides students the opportunity to interact and communicate directly with renowned experts across various fields. These include anything from math and music to engineering and space exploration. The CreatorSpace learning series is one BYJU’S FutureSchool’s most sought-after educational events, connecting thousands of children with some of the most influential and inspiring minds from around the globe. Past events have featured experts in the areas of coding, gaming, math, and satellites.

ESPORTS LAB will be hosted and moderated by TV presenter, actor and model Samir Kochhar, best known as host of the pre-match Indian Premier League. This virtual event is completely free for all students and their parents. Participants may register at creatorspace.byjusfutureschool.com.

BYJU'S FutureSchool is a top online learning program offering interactive, one-on-one courses on math, coding, and music. Each course is designed for students between 6 and 18 years of age. Once on the platform, each student receives focused attention and immediate access to an experienced educator. BYJU’S FutureSchool is committed to helping young people become creators and active learners by combining real-time feedback with instruction that generates lasting results. A longtime leader in innovative ed-tech programs, BYJU’S FutureSchool was created to unlock each student’s love of learning through one-on-one engagement, world-class educators, hands-on activities, cutting-edge technology, and inspirational content. Over the past year, BYJU’S FutureSchool has grown its global footprint not only into the US, but also such markets as the United Kingdom, Mexico, Brazil, New Zealand, Indonesia, and Australia. Currently, more than a million U.S. students are registered in BYJU’S FutureSchool programs. Find out more at BYJUSFutureSchool.com.

ABOUT JOEY GAWRYSIAK
Dr. Joey Gawrysiak is an associate professor of esports, and the Director of esports, at Shenandoah University. Dr. Gawrysiak also serves as co-founder at EDGE Consulting. Additionally, he serves on the National Association of Collegiate Esports (NASE) Board of Directors, and as a member of the North American Scholastic Esports Federation Board of Advisors. Dr. Gawrysiak has written several book chapters and articles on esports.
ABOUT CHRISTOPHER SCROGGINS
Christopher Scroggins serves as cofounder of EDGE Consulting, a firm focused on developing the esports industry through next-level consulting, deliverables, and unparalleled expertise. Scroggins is also a doctoral candidate in Sport and Entertainment Management at the University of South Carolina. Scroggins was instrumental to the development of Shenandoah University’s esports curriculum. Currently, he is writing and co-editing and authoring one of the first comprehensive textbooks on esports.

ABOUT WILLIAM COLLIS
William Collis is a leading global authority on esports. Collis is also the founder of a number of esports startups, including Genji Data and Gamer Sensei and Genji Data. Collis authored “The Book of esports”. He is co-host of the popular business of esports podcast, and co-owner of OXG, the world’s top professional esports team. Collis’ TED Talk, “Skill in esports”, has received more than one million views, and his research into gaming has been featured in IJE, the Harvard Business Review, and more.