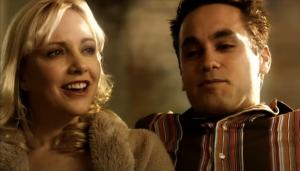 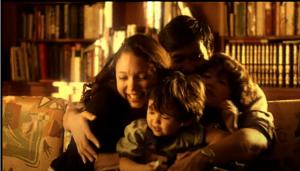 The Right to Marriage and Family: Article 16 of the Universal Declaration of Human Rights

LOS ANGELES, CALIFORNIA, UNITED STATES, May 15, 2021 /EINPresswire.com/ — May 15, United Nations International Day of Families, was created by the UN General Assembly in 1993 to promote awareness of issues relating to families as covered in Article 16 of the Universal Declaration of Human Rights (UDHR). The Church of Scientology and Scientologists, dedicated to making human rights a reality for all people, support United for Human Rights and its program for young people Youth for Human Rights International, which raise awareness and understanding of this and all 30 articles of the UDHR through education.

The Right to Marriage and Family:

1. Men and women of full age, without any limitation due to race, nationality or religion, have the right to marry and to found a family. They are entitled to equal rights as to marriage, during marriage and at its dissolution.

2. Marriage shall be entered into only with the free and full consent of the intending spouses.

3. The family is the natural and fundamental group unit of society and is entitled to protection by society and the State.

But 73 years after the UN’s adoption of the Universal Declaration of Human Rights:

*Even before the COVID-19 pandemic, according to UNICEF, more than 100 million girls were expected to marry before their 18th birthday over the next decade. Now, an additional 10 million girls are thought to be at risk of becoming child brides resulting from financial conditions that prompt young girls to be given or sold into wedlock.

*In the Indian state of Uttar Pradesh, a new anti-conversion law prohibits interfaith marriage as “unlawful conversion” from the Hindu to the Muslim religion.

*And seven years after the abduction of schoolgirls from the town of Chibok, Nigeria, 112 of them remain in Boko Haram captivity.

Central to Scientology is the belief that all people are endowed with inalienable rights. This is so prominent in the religion that the Creed of the Church of Scientology begins:

“We of the Church believe that all men of whatever race, color or creed were created with equal rights.”

Noting the appalling prevalence of gross violations of the Universal Declaration of Human Rights in 1969, 21 years after the document’s adoption, Scientology Founder L. Ron Hubbard wrote, “Human rights must be made a fact, not an idealistic dream.”

To accomplish this goal, the Church of Scientology and Scientologists support United for Human Rights, the world’s largest nongovernmental human rights awareness campaign, providing materials to individuals, groups and government agencies in 196 nations.

For more information on Church-supported human rights activities and their accomplishments, visit the Scientology website or watch episodes of Voices for Humanity on the Scientology Network.

Human Right #16: Everyone has the right to marry and raise a family.