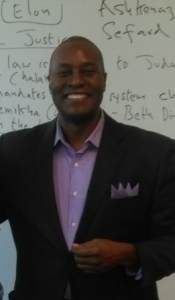 CEO of CODEIT Institute of Technology, Da'shone Hughey, to be inducted into the Marquis Who's Who in America in recognition of his contribution to society.

NEWARK, NEW JERSEY, UNITED STATES, November 24, 2020 /EINPresswire.com/ — Da'shone Hughey has added another feather to his well-decorated hat as he is being recognized by one of the world's most dependable resources for recognizing the contributions of talented people throughout the world, Marquis Who's Who. The CEO of CODEIT Institute of Technology, a leading tech company providing software engineering training to underprivileged individuals, has been officially inducted into the Marquis Who's Who in America, as he continues to make the world a better place one individual at a time.

Da'shone Hughey has shown extraordinary leadership skills at CODEIT Institute of Technology and other organizations he has served. In his years at the company, Da'shone has taken CODEIT Institute of Technology to great heights, touching the lives of people across the nation. The institution targets the community's vulnerable, organizing initiatives to help unemployed, underemployed, low-income earners, women, and other underrepresented individuals.
In two years at CIT, he has fulfilled the company's goal of lifting the underprivileged from poverty and into real wealth, with the institution earning several accolades in the process. CIT earned the distinction of being the first and only Nationally Recognized U.S. Department of Labor Apprenticeship Program in New Jersey to specialize in Software Engineering, and only one of two entities in the state to be designated an AWS Amazon Academy Institution. CIT was also awarded The Best Software Training Provider by US Business News 2019 – 2020.

Currently, in its third year, CODEIT Institute of Technology is expanding its reach to other countries by taking its programs to Kampala, Uganda in addition to launching its new Blockchain Technologies program. CIT’s efforts have been recognized by the New World Report and have garnered them another award as the Best Software Engineering Education Provider – Mid-Atlantic USA – 2020-2021.
Prior to joining CIT, Da'shone Hughey worked as was the Chief Education Officer and founder of Leadership Prep Academy for Young Men. Da'shone holds a Post Graduate Certificate in Education Law from Shepard Broad College of Law and a Master of Education (M.Ed.) from Cambridge College. He is also an alumnus of the Massachusetts Institute of Technology – Sloan School of Management, where he studied Blockchain Technologies.
For more information about CODEIT Institute of Technology and Da'shone Hughey and the CIT team's works, please visit – www.citinstitute.tech.

About CODEIT Institute of Technology

CODEIT Institute of Technology was founded as an institution to train and develop individuals who are least likely to be involved at the highest levels of technology. The institution provides them with the skill sets and knowledge to empower them and enable them to participate in a technology-driven workforce and to become the world's future innovators while creating generational wealth for themselves and their families.
###