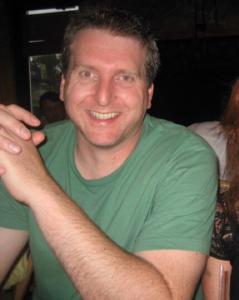 In a recent interview, Eric Strand spoke about being career focused and ambitious and learning from mistakes

MARSHFIELD, MASSACHUSETTS, UNITED STATES, July 7, 2020 /EINPresswire.com/ — Eric Strand of Marshfield, MA was recently featured in an exclusive interview with Thrive Global. He shared what he has learned throughout his illustrious career.

With more than 15 years of relevant experience, Eric Strand is a Senior UX Product Designer with a wide array of skills. He lives in Marshfield, Massachusetts.

In his interview, Eric Strand shared how having discipline and a regimented dose of task management in his personal life has had a positive impact on him overall.

“In the “doing” phase you are exploring and discovering what resonates most with you and motivates you to be excited to wake up and discover more. Be risky and don’t be afraid to fail often as a means of rapid learning, resetting and honing direction.”

Eric Strand also said that in the future, he hopes to make a positive impact on the world with his own product. He further stated that he believes that humanity needs the private sector to constantly invest into society.