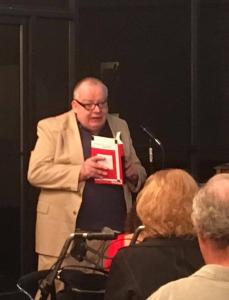 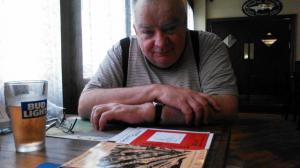 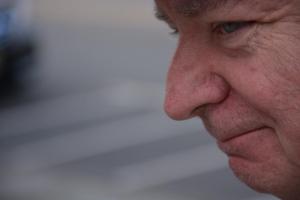 "organized labor"remains provocative throughout and sparkles with the energy of a multitude of artistic genres.”
— Davidson Garrett

NEW YORK, NY, UNITED STATES, June 30, 2020 /EINPresswire.com/ — Daniel P Quinn and ArtsPRunlimited, Inc. announce that "organized labor: Collected Poems is joined by Exits & Entrances, 25 Years Off-Broadway, Opera & Beyond. For artists immersed in the world of movement, music and color, it seems a natural progression to also let their talents spill onto blank pages. Quinn achieves this beautifully. A tribute to the musicians and writers who have inspired him most and a testimony to his dedication to the performing arts, Organized Labor: Collected Poems is a dance of language across a stage of white space. He combines wordplay and spatial arrangement to create a startling array of poetry that pleases the mind and the eye.

Quinn writes, "Some of the poems are meant to be seen on the page as artworks in themselves; others are meant to be read." His poetic works span more than 20 years. His earlier poems reflect a light, whimsical style while more recent ones reveal a darker view of life. They capture his affection for musicality in creative ways, employing alliteration, internal rhyme and syncopation.

He honors his ancestors in distilled family portraits of words such as "Part II," "Labor Poem II," and "New York Trilogy." Quinn even includes early family photographs that add a rich layer of history. Sometimes poignant, sometimes edgy, "organized labor"remains provocative throughout and sparkles with the energy of a multitude of artistic genres.

Daniel P Quinn graduated from Ramapo College of New Jersey and also has an MA in Performing Arts from The American University in Washington, D.C.

Among his numerous achievements, he founded ArtsPRunlimited, Inc., working to produce an up-and-coming arts festival in New York. He was the producing director of the U.S. stage premiere of BEFORE THE CRASH in 2011; Hector Berlioz' "Childhood of Christ". His work has been reviewed in The New York Times, New York Post, Irish Voice, The Montclair Times, The record, The Herald-News and New York on Stage.

His published articles have appeared in Italian Tribune, Performing Arts Journal, The Herald News and The Theater Journal, and his letters have appeared in the News York Times. Quinn served as office manager and acting director of The Writers Room in New York City. He has also published articles like Notes on a mid-career life in an American Theater in Sensations, and AudiophileVoice in Montclair.