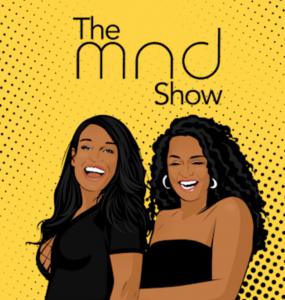 The MND Show With Bianca Banks

As Bianca Banks launches her new podcast series, The MND Show, she reveals that it will focus on current events and powerfully sensitive topics.

LOS ANGELES, CALIFORNIA, U.S., May 29, 2020 /EINPresswire.com/ — Bianca Banks has just launched her new podcast series, The MND Show. Banks is not the only presenter of the podcast and is joined by her daughter, Jasmine, as co-presenter.

The podcasts of The MND Show will soon start airing on Apple Podcasts and Spotify. Considering that Bianca is not only an accomplished businesswoman, but has also had a stint in a reality show, is a well-known socialite, and community advocate, the show promises to touch on many interesting topics.
The MND Show will include participation from special guests, to help increase awareness where needed and to express their views on current trending topics. According to Bianca Banks, the idea of bringing her daughter in as co-presenter came to her when she realized that she wanted others to also understand the perspectives of the younger generation.

Bianca Banks feels that the young are far more sensitive to current issues than they are given credit for and can help shape a better future for the planet. The MND Show will touch on social, environmental issues, but will also look at the fun side of trending news and social events.
“Our celebrity guests will bring a fun take to the podcasts,” says Ms. Banks. “Other guest appearances will include people who work hard to make a difference within their communities through their various specialized fields of work.”
Banks has a keen interest in many philanthropic causes, but she is especially interested in the plight of the homeless, undeserved children, domestic violence, and abuse. She is particularly concerned about how most of these issues affect women and children.
Addiction is another area that Banks concentrates her charitable work on. She has said that for countries to see a decrease in the number of addicts, more attention must be paid to reducing domestic violence and abuse.

For those that are not aware of who she is: Bianca Banks is the CEO of her family-owned business. In her role as a business consultant, Banks is a powerful woman, but there is a soft side to her. This is the side that her viewers will enjoy on The MND Show.
As a single mother, Banks is divorced, this businesswoman understands the sacrifices that most women need to make to balance motherhood with a career. However, she strongly believes that women are the stronger of the two sexes and can have the best of both worlds if they set their hearts and minds to it.

Bianca Banks has also left her mark in the world of showbusiness. In 2017, she made her premiere in the entertainment business when she took part in a reality show. Bravo’s show was called “Invite Only Cabo” and Banks was a member of the main cast.
Larry Sims, the celebrity hairstylist, was the mastermind and star of the show. Sims invited Banks to join the cast that included other friends of his and the eight episodes included feuds and fun in the sun. The show was set in Cabo, Mexico, and the luxury vacation reality was filmed 24/7.

Since the end of the show, Banks has concentrated her efforts on her business, her family, and her role as community advocate and philanthropist.
As Banks prepares for the launch she stated, “Our communities need people who care about and understand their problems. The MND Show will concentrate on raising awareness and showing people how they can also offer their time or money to help various causes in their communities and beyond. Other than that, we plan to keep people company by offering them the most interesting trending stories, including many fun and informative conversations between us and our special guests on various interesting topics.”

The beautiful mother and daughter team have an energizing dynamic and promise to bring their vitality to each episode of their podcast.