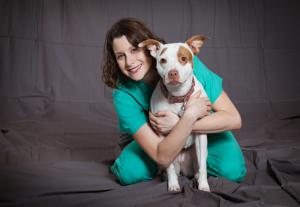 The “Best of Los Angeles Award” community was formed five years ago and consists of over 6,100 professional members living and working in Southern California. It celebrates the best people, places and things in Los Angeles with a slogan “No Ads. No B.S. Only the Best.”

“The mission of the community is to celebrate the best of Los Angeles, and allow its community members to connect with other members who share the highest standards of quality and integrity,” expresses DeRose. "We're honored to include Amanda Thomer of Access Specialty Animal Hospitals into our BoLAA family.”

Dr. Amanda Thomer grew up in the Philadelphia area and received a Bachelor’s Degree in Biology from New York University. She attended the University of Pennsylvania School of Veterinary Medicine to pursue her lifelong dream of becoming a veterinarian. After graduation Amanda completed a rotating internship at the New York City Animal Medical Center.

Amanda enjoyed watching reality medical emergency television shows with her father during her childhood, so it was no surprise that she decided to focus her veterinary career on her love of emergency medicine and critical care. She returned to the University of Pennsylvania for a three-year Emergency and Critical Care residency. She can be found exploring the food and drink scene as well as spending time with her dog, Wonto, when Amanda is not in the hospital.