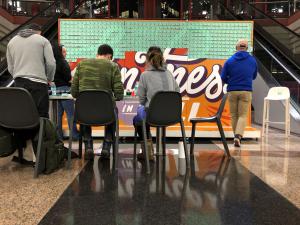 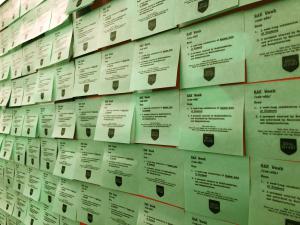 “Kindness In The Wild” challenges cover Kindness mural as effort is about to launch. 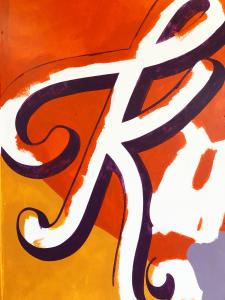 The Kindness message in mural by Emmy Star Brown to be revealed as Post-Its are removed.

I am so proud of our team for again finding a way to spread the power of kindness. There is kindness in all of us, and the world is a better place when all of our kindness shines through.”
— Marc Landsberg, SOCIALDEVIANT Founder & CEO

CHICAGO, IL, USA, February 18, 2020 /EINPresswire.com/ — To prove its long-held belief that everyone has an instinct for kindness, SOCIALDEVIANT today started a “wilding” spree in downtown Chicago, purposefully spreading and inspiring good deeds as part of Random Acts of Kindness (RAK) Week, which runs Feb. 16-23.

The Chicago-based ad agency’s “Kindness In The Wild” campaign is anchored around a special, 12’ by 6.5’ mural painted by local artist Emmy Star Brown. Her work has temporarily been installed in the lobby of the James R. Thompson Center, a high-traffic building which thousands of people pass through each day, beginning Feb. 18 through Feb. 21.

The mural itself has initially been covered with hundreds of specially created Random Acts of Kindness Post-its. Each addresses the power of kindness on one side and spells out a specific good deed on the other, ranging from holding a door open for others, buying a coffee for the person in line behind you, beaming a warm smile to a stranger, making someone’s day with a kind text or e-mail “just because,” leaving a fat tip that will make your server’s day, and more.

As the Post-its are removed, the uplifting message Brown has painted on the mural will begin to be revealed. The entire activation will be captured via a time-lapse video to be released via SOCIALDEVIANT’s social channels. After RAK week 2020 ends, the mural will be donated to a local Chicago school, where its inspiring words will continue to convey the importance of kindness for years to come.

SOCIALDEVIANT has also set up an Instagram page under the handle @yourkindnesscounts (https://bit.ly/2P2FGhI). As people carry out the Random Act of Kindness on the Post-it, they are being encouraged to share their good deeds with the world by posting a picture of the card and/or kindness in action to Instagram, challenging friends and followers to spread some kindness, too.

A SOCIALDEVIANT team will be at the Thompson Center each day from Feb. 18-21 to oversee the effort, while agency colleagues extend the “wilding” campaign to the streets of Chicago, sticking the Post-its on walls and public transportation and handing them out to the public. In total, 5,000 Random Acts of Kindness cards will be spread around the city.

Marc Landsberg, founder and CEO of SOCIALDEVIANT, personally set an ambition for the Chicago-based agency to become the world’s kindest company when he established it in 2012. “I am so proud of our team for again finding a way to spread the power of kindness throughout the city and beyond. There is kindness in all of us, and the world is a better place when all of our kindness shines through.”

Each February for the past eight years, SOCIALDEVIANT has celebrated its anniversary by supporting Random Acts of Kindness Week, actively encouraging its entire staff to give back to the community. This has included paying it forward at local coffee shops, schools and senior residences, in addition to volunteering to pack food at the Greater Chicago Food Depository.

About SOCIALDEVIANT
Founded in Chicago in 2012, SOCIALDEVIANT is a modern agency for modern brands, delivering high-impact, collaborative creativity while taking time and cost out of the system. In mid-2019, the agency opened All Oars, an in-house "content-studio-maker-lab-think-shark-tank" that takes thoughts and turns them into wildly creative things. Agency revenue continues to post impressive year-on-year gains given its continued new business success.