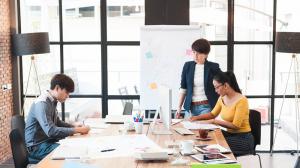 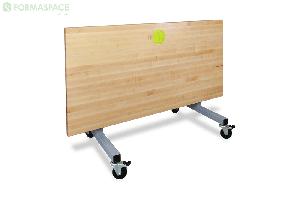 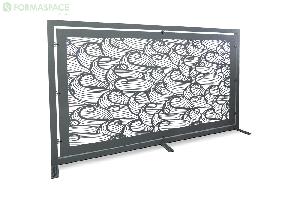 AUSTIN, TX, USA, August 12, 2019 /EINPresswire.com/ — Which Leading Companies Use Makerspaces In The Office To Encourage A Culture Of Creativity And Innovation?

“I came to see, in my time at IBM, that culture isn’t just one aspect of the game, it is the game. In the end, an organization is nothing more than the collective capacity of its people to create value.”

Are you looking for ways to enhance creativity and improve employee engagement in the office?

Incorporating a Makerspace may be part of the solution.

Let’s take a look at some of the successful companies that have adopted Makerspaces for their offices and discover some of the key benefits they offer.

Like Famous Garage Workshops Of The Past, Today’s Makerspaces Help Power Up Startup Companies
Anyone familiar with Silicon Valley tech lore knows the story of a certain one car garage in Palo Alto, California where, in 1939, Bill Hewlett and Dave Packard invented their first product, the HP Model 200B audio oscillator. Disney Studios was their first customer, using it to produce sound for their movie Fantasia. Nearly 60 years later, this Horatio Alger-style rags-to-riches story was repeated in another garage, this time in nearby Menlo Park, where Larry Page and Sergey Brin started their search engine company Google.

So, given the history of “garage” startups, it’s not surprising that many companies in the Bay Area are eager to bring the creative elements of a garage workshop into the office in the form of a Makerspace.

An extreme example of this is the augmented reality (AR) developer Meta, founded by Meron Gribetz, a Columbia University neuroscience/computer science student. Initially funded by a Kickstarter campaign in 2013 (followed by acceptance into Silicon Valley’s famous Y Combinator startup accelerator), Meta is known for its unique working environment: a 5-acre residential estate located in the hills of Portola Valley. (On clear days you can see San Francisco some thirty miles north.)

Meta’s office optimizes the college lifestyle. Not only do the 25 or so employees work long hours together, they also sleep on campus in dorm-style bedrooms equipped with bunk beds.

At Meta, Makerspace Facilities For Building Headset And Other Product Prototypes Are Close At Hand, Just Steps Away From The Software Developer Labs.
GE BuildFirst Creates A New Co-Creation Business Around Makerspaces And Micro-Factories
One of the primary ideas behind the Makerspace movement is to rekindle and reclaim the art of “making things” with our hands. But in today’s interconnected, Internet-enabled world, engineering a good product is often not enough to be successful in the marketplace. It also takes the combined expertise of talented software developers, skilled marketers, and product managers — as well as input from the community of consumers who are increasingly taking a direct role in the product development process.

Working with the customer community directly is the raison d’être behind GE FirstBuild, the micro-factory initiative launched by GE’s former consumer product division in Louisville, Kentucky (now owned by Haier).

GE FirstBuild is opening up its Makerspace prototyping facilities to the maker community — conducting hackathons and other events to solicit ideas and co-create innovative designs in partnership with their customers — from the initial concept development all the way to the manufacturing stage.

With only 23 full-time employees, FirstBuild has seen its community member population explode, growing to over 23,000 members in just a few short years.

So far, FirstBuild can point to several innovative new product concepts — including a smart water pitcher, a small form-factor waste disposer, and a smart oven that can read recipe barcodes to control the baking time and temperature — that are slated to move into production at FirstBuild’s micro-factory.

In a report for Here East, Deloitte points out that as new technologies reduce the barrier to entry for manufacturing small production runs, they increase the need to give consumers access to the product/service customization process.

According to Deloitte, “the making process has become increasingly open and responsive to a rapidly changing customer demand. This can manifest itself in various ways; from a digitally connected production process to online platforms that allow customers to play an active role in designing the product.”

Now let’s turn to Deloitte itself, which is successfully recasting itself as the leading consultancy for the digital transformation era.

How are they accomplishing this shift? In the parlance of Silicon Valley, Deloitte has been eating its own dog food, e.g. practicing what they preach.

For example, not only does Deloitte actively promote the idea of Makerspaces for its clients, they have built their own Makerspace for use by Deloitte employees working at their flagship digital headquarters building in London.

But what value does a company like Deloitte see in creating a Makerspace within their own offices?

Quite a lot actually.

Deloitte Digital has many irons in the digital transformation fire, from developing high-profile consumer-facing IT projects to helping stock exchanges and fintech startups adopt blockchain technology.

The Makerspace at Deloitte provides an ideal environment for employees to solve problems collaboratively by breaking down the silos that tend to isolate departments in large organizations.

They also help create a culture of curiosity, a key component of organizational success, according to Francesca Gino, Professor of Business Administration at Harvard Business School. She writes that “the most effective leaders look for ways to nurture their employees’ curiosity to fuel learning and discovery.”

Google And Microsoft Agree: On Campus, Makerspaces Help Motivate Their Employees
Two other leaders in digital transformation agree on the benefits of having a Makerspace within their office environments.

The first is Microsoft, which calls their Makerspace “The Garage.” It’s kitted out with a full complement of CNC machines, laser cutters, as well as electronics prototyping kits, from Arduino boards to Raspberry Pi microprocessors.

Providing a creative outlet for employees is critical, according to its senior director, Jeff Ramos. “What we learned is that engineering and tech folks want the opportunity to explore their own creativity.”

The second is Google.

Google co-founder Larry Page believes in the value of Makerspaces; he oversaw the creation of the first Makerspace within Google’s offices back in 2011.

In a USA Today report, Greg Butterfield, the engineering lab manager overseeing the project, explained that “There is a feeling here at Google that all good things start in a garage. Larry wanted to create the same kind of environment he and Sergey (Blin) had when they started Google — a sort of a playground or sandbox for pursuing their ideas.”

Google employees (known as Googlers) have quickly developed a strong attachment to their Makerspace. Google software engineer Ihab Awad is reported saying that “the workshops are my No. 1 perk at Google. They’re the main reason I will be a Googler for life.”