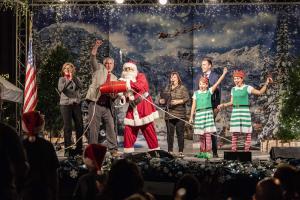 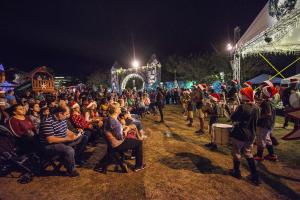 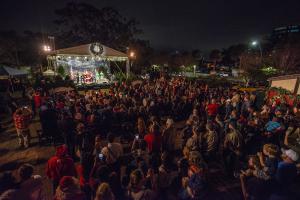 Over 3,000 people attended the Grand Opening of the 2018 Winter Wonderland in Clearwater

This is the first time that my daughter has ever ridden a pony and she was so excited! Winter Wonderland is such a great opportunity for kids to enjoy the magic of Christmas.”
— Guest at Winter Wonderland by CCV

CLEARWATER, FL, US, December 6, 2018 /EINPresswire.com/ — On the 1st of December, the Clearwater Community Volunteers and the Church of Scientology Flag Service Organization launched the Holiday Season with the Grand Opening of Downtown Clearwater’s 26th Annual Winter Wonderland. Over 3,000 guests joined Santa and guest speakers as they plugged in the lights and opened the 3-week holiday village.

Guest speakers Joanne Lentino, Pinellas County School Board, and Neil Brickfield, Pinellas Sheriff's Police Athletic League, acknowledged the Church of Scientology and the Clearwater Community Volunteers (CCV) for supporting children in the community and for putting on the Winter Wonderland.

As the night progressed, streams of people flooded through. Children could be heard at the bouncy house. Families gathered together to take pictures with Santa, ride the Winter Wonderland train, and pet animals at the petting zoo. Floridians from all over Hillsborough and Pinellas Counties came to partake in the holiday cheer. A snow machine filled the air with a flurry of snow flakes, creating an unforgettable atmosphere.

One guest reflected on their experience: “This is the first time that my daughter has ever ridden a pony and she was so excited! Winter Wonderland is such a great opportunity for kids to enjoy the magic of Christmas.”

Winter Wonderland will be open every day from 6pm to 9pm through December 22nd, except on Mondays and Tuesdays. Though admission is free, there is a small charge for some activities and the food items in the Hot Chocolate Shop. It is located on the corner of Drew Street and Fort Harrison Avenue in Clearwater.

About the Clearwater Community Volunteers

Clearwater Community Volunteers (CCV) is a non-profit, charitable organization made up entirely of volunteers and was founded by parishioners of the Church of Scientology in Clearwater. CCV produces the “Ginormous Easter Egg Hunt” in Coachman Park in Clearwater every spring, Fashions with Flair fundraiser fashion show and Winter Wonderland. CCV gets their inspiration from Scientology Founder L. Ron Hubbard’s article, “Love and Help Children” in his book The Way to Happiness. CCV has raised hundreds of thousands of dollars over the past 25 years for charities such as Nourish to Flourish, Shriners Hospitals for Children Tampa, Boys and Girls Club of the Suncoast, Homeless Empowerment Program, the Make-A-Wish Foundation, the Police Athletic League and The Children's Home, Inc., the oldest orphanage in Tampa.